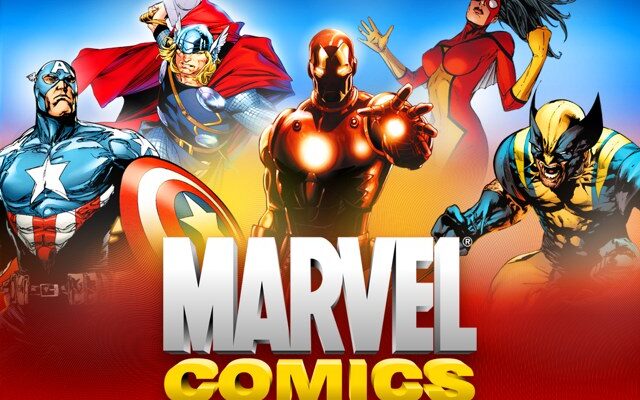 The Marvel Comics iPad App is one of myappworld’s top 10 downloads, especially if you love comics and graphic novels. This app is easily downloaded on iTunes and is free. 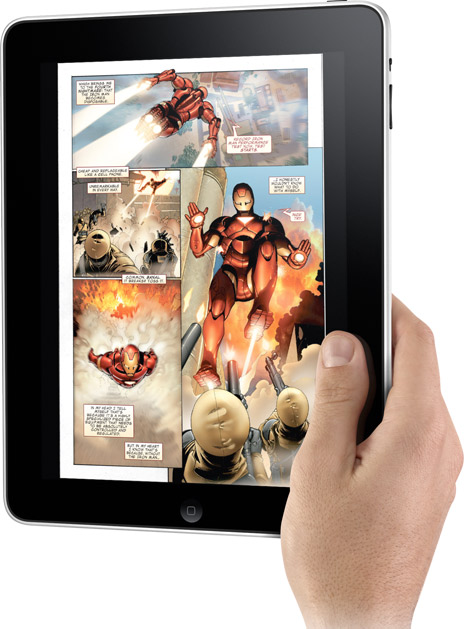 The layout of this app is clear and nicely laid out.  We were particularly impressed with reading experience. This is as close as electronically possible in replicating the feel of holding a real comic book. The app features marvel’s “guided view” which mimics the motion of turning a comic book.  You experience a panel by panel  path through the comic. You can also read page by page which allows you to zoom and manipulate the page as you wish.


While not all the Marvel titles are free,  Marvel provides literally hundreds, if not thousands of hours of free comic book reading.  We were able to download all our favorite heroes – Iron Man, Spider-man, Wolverine, and many more.  Users can read the first three pages of every comic book before deciding to buy it.  The individual issues will cost $2 and it will be saved to your marvel.com account. The latter meaning if you upgrade or lose your iPad you’ll still be able to download your purchased content to you new device.
We only have two concerns about this app. The first is that a large portion of Marvel’s catalog is not offered in electronic format. While we admit this would be a bigger issue if Marvel had charged money for this app, the limited selection is concerning for true comic book fans who would love access to the complete catalog .  The initial launch of the App had a library of 500 comics. We anticipate Marvel expanding its catalog in the future as more iPads are purchased by the consumer.  We are hoping Marvel expands more to graphic novels and not simply offer single issues.
The other issue we have with the Marvel App at the time of this writing is the app will not recognize the Digital comics subscriptions. If you have purchased comics on Marvel’s Digital Comic subscription service, you will have to purchased those same comics over again if you want to read them on your iPad. Hopefully this is just a technical issue, and not a strategic business decision on Marvel’s part. We still would recommend tho those with an iPad and a Digital Comic subscription to download the free app but be mindful of which platform you decide to purchase your comics on. If you have an iPod Touch or an iPhone, the Marvel app will work on those as well. 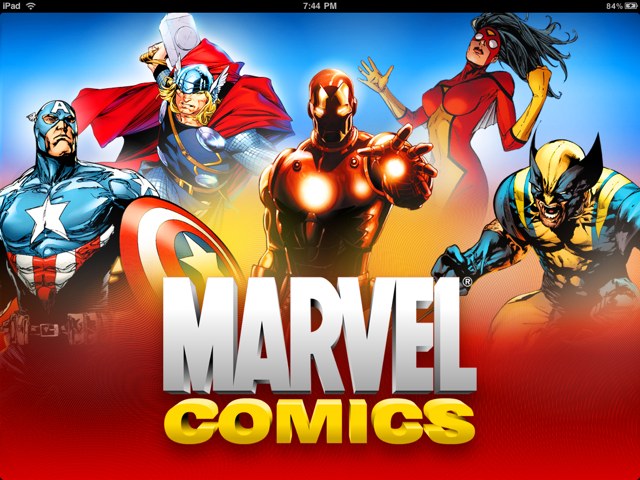 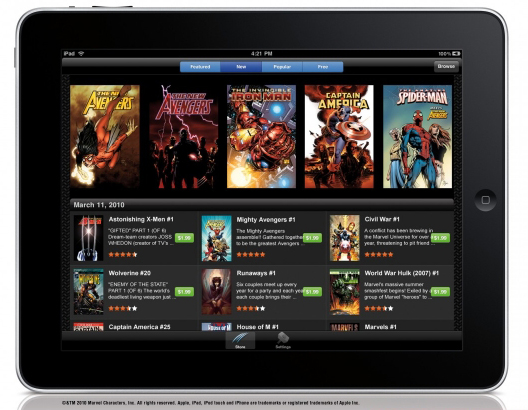