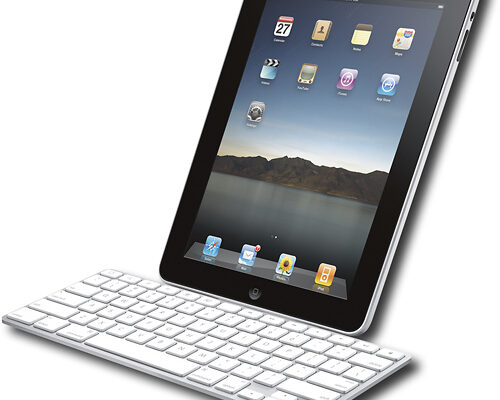 The Apple Keyboard dock easily allows you to sync and charge your iPad while simultaneously transforming your iPad into a normal laptop with keyboard. 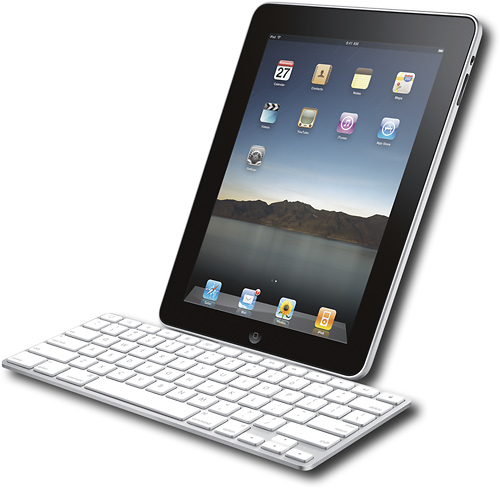 Build
Apple builds the highest quality products and that has not changed with their keyboard dock. We purchased the keyboard dock directly from apple.com and it came in less than 3 days. The dock is aluminum bodied and has matte white plastic keys. It follows Apple’s minimalist design of late featuring low-profile keys with a very responsive feel. It is just as wide as the Apple Bluetooth keyboard. For owners of an Apple Bluetooth keyboard, there is a small difference as the function keys are labeled differently.


On the back of the Keyboard Dock, in the same way with your standard iPad Dock, you will find both Dock Connector and 3.5mm audio ports that can connect to Apple’s Dock Connector to USB cable for charging and syncing, and an audio cable for audio-out. (Neither cable is included)
Keyboard Layout
This entire review was typed on the Apple’s keyboard dock and we found the responsiveness equal to that of other apple keyboards. I noticed no difference in typing speed and quality when compared with my 15” MacBook Pro. Special keys provide one-touch access to a variety of features, including the home screen, Spotlight search, display brightness, picture frame mode, on-screen keyboard and screen lock. The home button that mimics the home button found on an iPad or iPhone while the on-screen keyboard calls up the virtual keyboard found on the iPad. There is also music control buttons that forward/backward and play/pause as well as volume control.
Other Notes:
Due to the fact that the charging/syncing port is located in the bottom of the iPad when held in portrait mode, the screen’s orientation cannot be changed when docking with the Keyboard Dock. This makes the keyboard dock less than ideal when watching movies. In addition, you will have to remove the iPad from your case to dock unless you purchase an extremely thin film as a case. Many people will also complain the lack of a physical mouse but again, the iPad is designed to be touch screen. You will have to use the screen to perform a lot of the iPad functions. 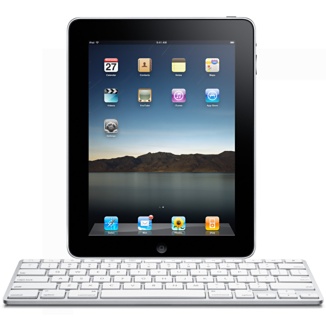 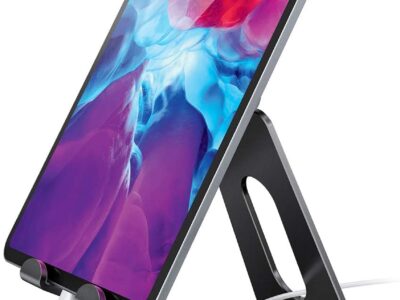 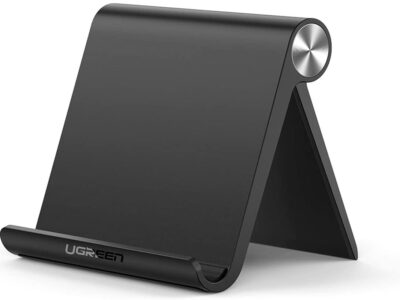 After searching for several sleek phone and tablet stand, this one stands out as the ...
By My App World
September 8, 2021
Apple News and Products 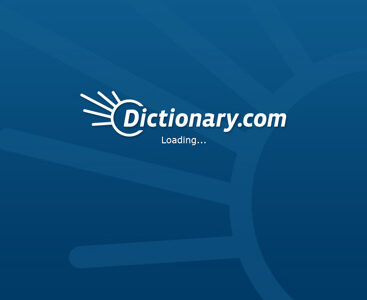 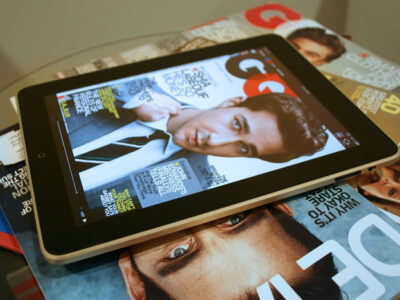 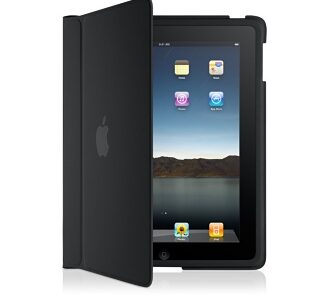 The official Apple iPad Case doubles as a security device and a functional stand to ...
By My App World
May 30, 2010