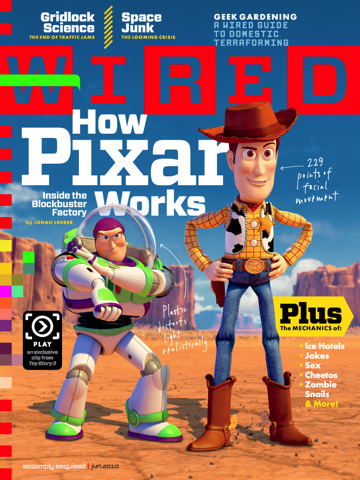 WIRED Magazine finally unveils its new app for the iPad. This is not your average digital media showcase, the app gives the user full control in a clean and flawless manner. This is a definite sign that print magazines will be able to convert successfully into digital world. The application is now available through iTunes with a price of $4.99 USD an issue. The app was designed by Adobe in a 10-month development process despite Apple’s midstream ban on software written with Adobe Flash. Adobe wound up writing the code in Objective-C, an Apple-approved language.Check it out Apple’s app store.
But you wont be the first one to buy it. WIRED magazine sold 24,000 copies of its iPad app in the first 24 hours of its release. The app was released shortly after midnight Tuesday.

Wired magazine sold 24,000 copies of its iPad app in the first 24 hours it was available in Apple’s iTunes store, company executives said. The app was released shortly after midnight Tuesday.