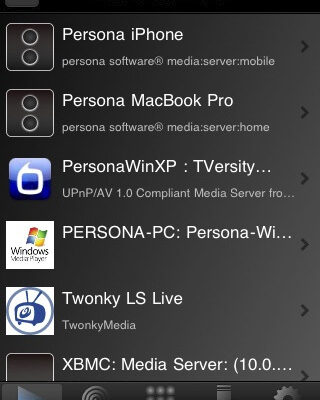 I’ve had quite a few questions regarding DLNA setup for iPad since my last article on the topic. My apologies to faithful readers for not writing on matter sooner but my reason was there wasn’t much to write about. The iPad can run all iPhone DLNA apps but native iPad DLNA apps have been slow to release. I’ve tested quite a few DLNA apps on my iPhone and this is media:connect is one of my favorites. The basic player is 99 cents, and you can upgrade to the premium app for $7.99.


Over the weekend I tested media:connect on my iPad and can report back that it works on the iPad even without native support. Media:connect for iPad is one of the easiest to use DLNA application in the iTunes store. Media:connect Advanced edition packages a media player, server, and controller into one powerful app. I can download music and videos on my iPad, and play them on my Media PC, Xbox 360, and Playstation 3.
Standard Edition
The standard edition is available for 99 cents and includes the audio player with Twitter capabilities.  This edition is designed to allow you to try out their software, and you can choose to upgrade to the Advanced Edition later on. It only allows you to play music on compatible digital media servers such as Windows 7 and any DLNA certified NAS device. I’ve only tested the app using a Windows 7 Media server but media:connect also supports Twonky Media or TVersity if you use those systems. For those who just want to listen to music from your iPod Touch/iPhone/iPad on your home theater system, the standard edition is all you need.
Advanced Edition
The advanced edition costs $7.99 and allows you to play DRM-free video and images as well as audio. When streaming your music, video, and image files from your iPad to your DLNA network devices, you are limited to file types the iPad supports. An example of what this means is flash video can’t be played from on your TV if it’s streamed from your iPad. This is an iPad issue and not a media:connect issue, so whatever DLNA app you buy for iPad will have this limitation.  The Advanced Edition also includes a controller that allows you to control remotely digital media renderers such as your Xbox 360 Media Center and Extender, XBMC (for MAC and Linux), as well as Windows Media Player 12 for Windows 7.  This effectively turns your iPad/iPhone into a remote control as you don’t have to leave the couch to put in a new movie if you have digitized your video collection. In addition to having a media player and media controller, the advanced edition incorporates a digital media server which allows all your other home devices to access content from your iPad. If you want to watch content offline or away from your home network, media:connect allows you to download content from your iPad to other devices and vice versa.
In conclusion, media:connect offers a working and stable DLNA player for your iPad. Hopefully the developer of this app releases a native application soon to take advantage of the larger screen size, but if you can deal with an iPhone size controls, you can’t go wrong with this app for your iPad. 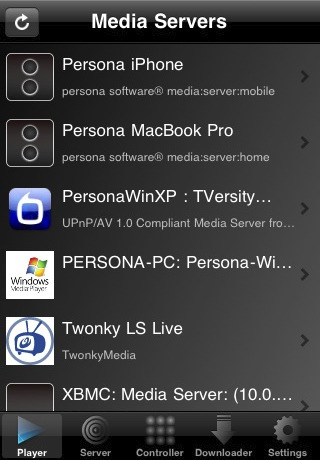 How to Print from your iPad using PrintCentral