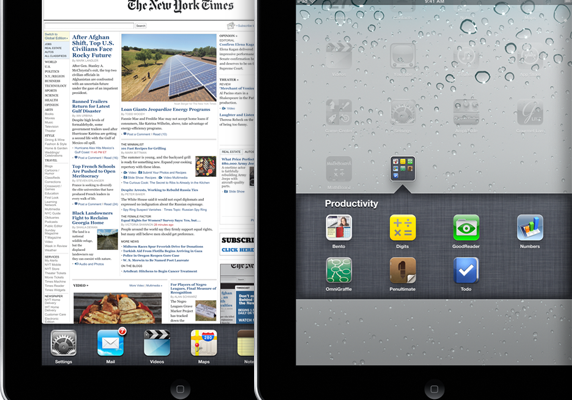 Apple has released the long awaited OS update to the iPad. Many great features are included such as multitasking and games. Perhaps the most important iOS 4.2 brings feature parity to Apple’s product line up.  Before the launch of iOS 4.2, the iPad was lacking in features that were present on your iPhone or iPod Touch. With the new operating system one should see the same features across all platforms, older technology withstanding. This will allow the development of more robust cross-platform software. Some of the highlights of the new operating system are as follows: 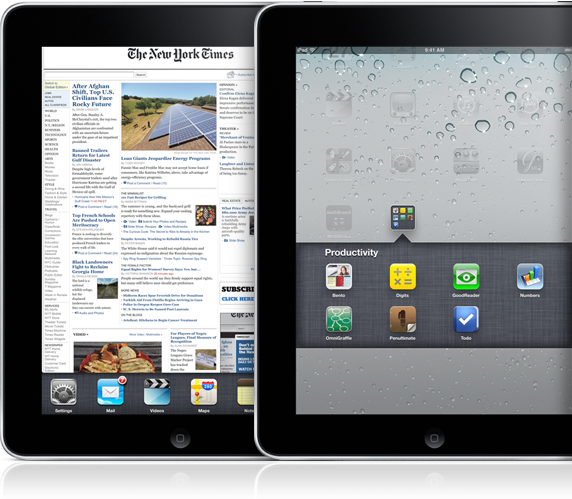 MULTITASKING (and Rotation Lock with iPod controls)
The iPad now allows you to run multiple apps in the background. Multitasking on the iPad’s works a little different than other platforms in order to maximize battery life. iOS 4.2 multitasking works by not allowing apps to run in the background, and by placing them on pause if they are not actively in use.  How you use the multitask function is first double tapping the home button. This brings up the multitask pane located in the bottom of the screen (no matter the orientation you are in). Simply touch the app you want to use on the multitask pane. To close an app, press and hold any icon and then touch the one you want to close. (It works exactly like deleting or moving apps).  While in the multitask plane, swipe your finger across the pane. This will bring up the iPod controls as well as the orientation lock. If you want to keep the orientation (landscape , portrait, etc.) simply touch the Rotation lock.  If you like to listen to music while reading or using other apps you will love the quick access to the iPod controls on the multitask pane.


FOLDERS
iOS 4.2 brings to the iPad the ability to organize your icons into folders. To organize the apps on your iPad, just tap and hold on any icon and, when the icons start to jiggle, drag one app on top of another; they’ll be added to a folder which will automatically be assigned a name base of the app type. You can change it, of course. You can also use iTunes to organize your apps. I would recommend iTunes at first go to speed everything along. 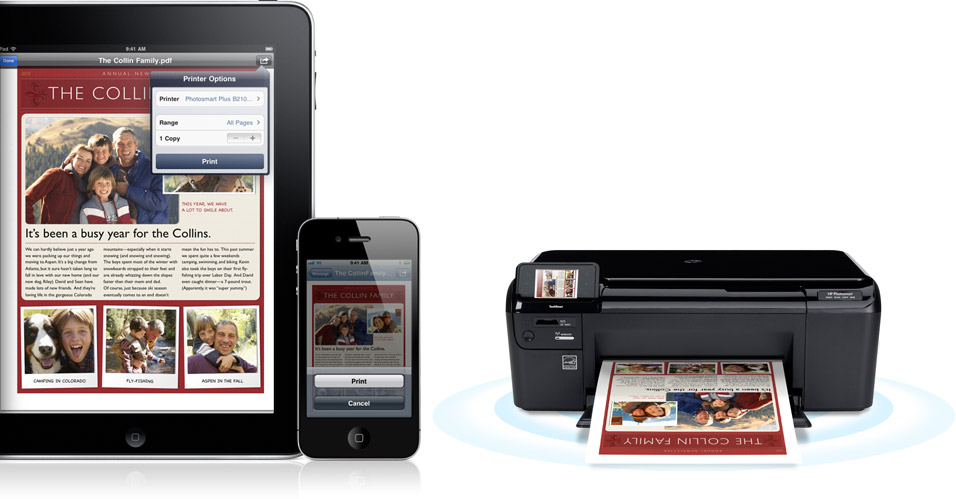 AIRPRINT
You can now print from the iPad, iPhone, and iPod Touch. You can either automatically connect to printers shared from a computer on your network, or print directly to compatible network printers. There are only a few compatible printers out there but expect newer models to have this capability in the near feature.
ENHANCED EMAIL
A unified inbox in the iPad allows you use multiple email addresses. In addition, threaded email viewing similar to how Gmail groups emails messages. You can now open attachments in third-party apps as well.
GAME CENTER
The new game center has tons of games which you can play. In addition, social and networked games will come to forefront as developers have a new platform to develop them for. The iPod Touch has surpassed Nintendo DS and Sony PSP in number of units sold. As more iPod Touches and iPads are sold, expect Apple to become a dominant player in the handheld games sector.
AIRPLAY
This is a completely new feature to all Apple platforms yet its familiar to those who used the old AirTunes system. You can stream video right into your Apple TV. In the future TV manufacturers will be building AirPlay directly into some high end speaker systems. 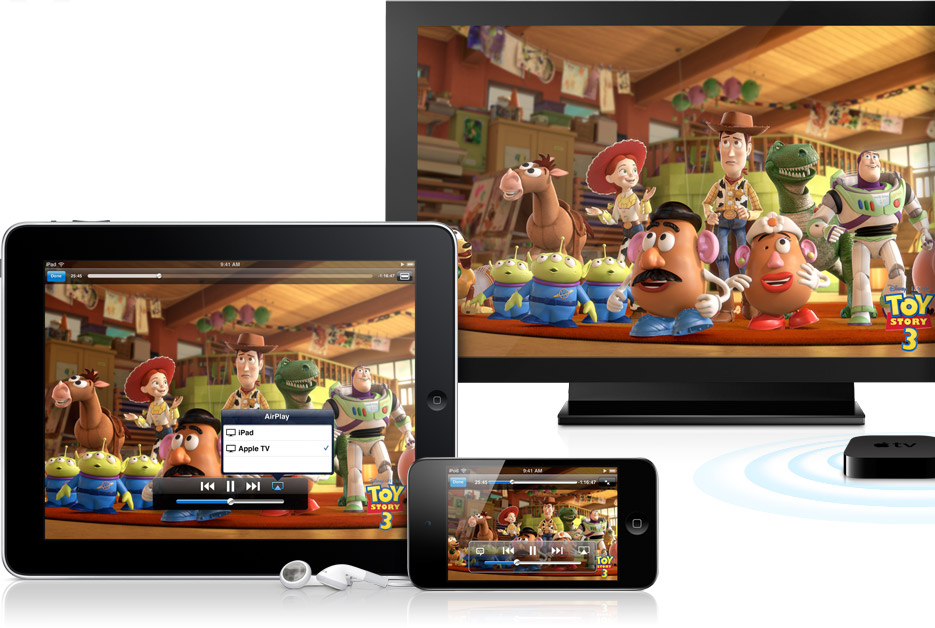 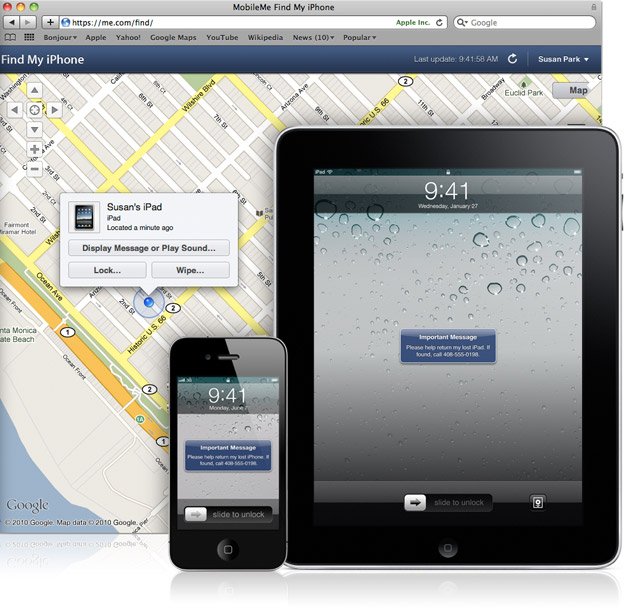 iPad 2: Which Rumors are Realistic? 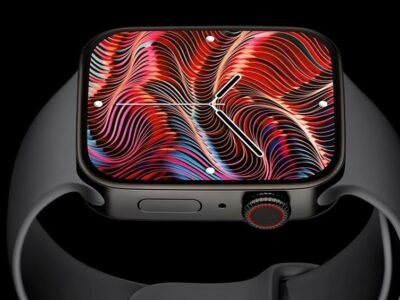 Apple latest announcement event on September 14th provided a debut’s the new iPhone 13 and ...
By My App World
September 20, 2021 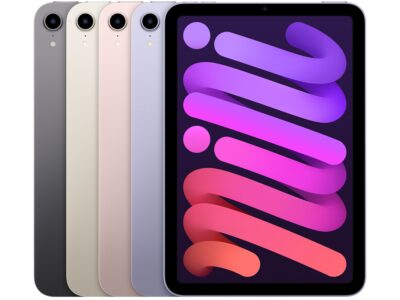 Apple latest announcement event on September 14th provided a debut’s the new iPhone 13 and ...
By My App World
September 19, 2021 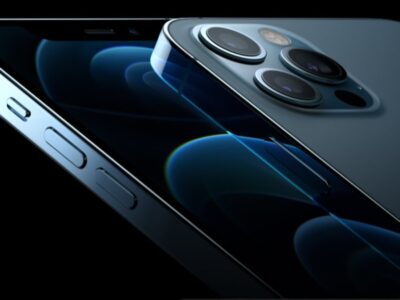 Apple latest announcement event on September 14th provided a debut’s the new iPhone 13 and ...
By My App World
September 18, 2021

Trism is the Tetris of the mobile age. If you have played this game of ...
By My App World
February 22, 2011
Apple News and Products

With the new movie coming out called “Rio” set to be released on April 15th, ...
By My App World
February 1, 2011
Apple News and Products

Nomad Brush Stylus for the iPad

The Nomad brush stylus for iPad brings a new approach to interactive painting. This finger ...
By My App World
January 30, 2011